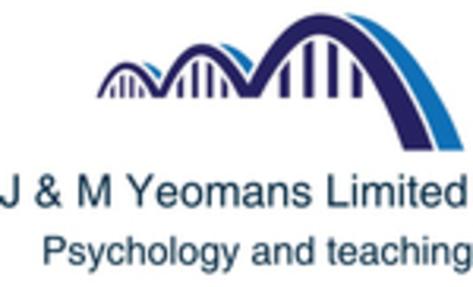 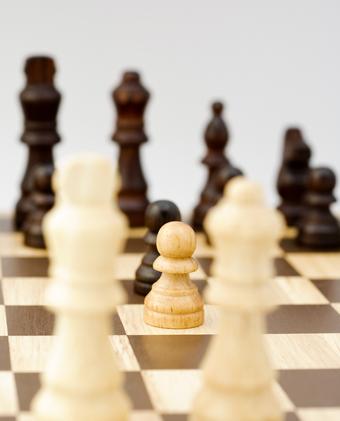 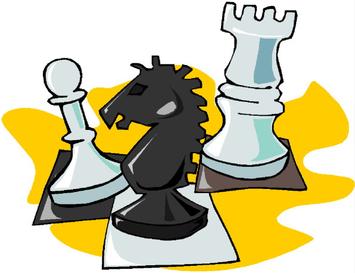 Welcome to the chess page of the J & M Yeomans website. Here you can find out more about the wealth of experience that Mike Yeomans brings to chess tuition and about the services offered.

What are the benefits of chess?

The points below are from an article by Jerry Meyers, a chess master in the USA.

​Focusing - Children are taught the benefits of observing carefully and concentrating. If they don't watch what is happening, they can't respond to it, no matter how smart they are.

Visualising - Children are prompted to imagine a sequence of actions before it happens. We actually strengthen the ability to visualize by training them to shift the pieces in their mind, first one, then several moves ahead.

Thinking Ahead - Children are taught to think first, then act. We teach them to ask themselves "If I do this, what might happen then, and how can I respond?" Over time, chess helps develop patience and thoughtfulness.

Weighing Options - Children are taught that they don't have to do the first thing that pops into their mind. They learn to identify alternatives and consider the pros and cons of various actions.

Analysing Concretely - Children learn to evaluate the results of specific actions and sequences. Does this sequence help me or hurt me? Decisions are better when guided by logic, rather than impulse.

Abstract thinking - Children are taught to step back periodically from details and consider the bigger picture. They also learn to take patterns used in one context and apply them to different, but related situations.

Planning - Children are taught to develop longer range goals and take steps toward bringing them about. They are also taught of the need to reevaluate their plans as new developments change the situation.

Juggling Multiple Considerations Simultaneously -Children are encouraged not to become overly absorbed in any one consideration, but to try to weigh various factors all at once.

None of these skills are specific to chess, but they are all part of the game. The beauty of chess as a teaching tool is that it stimulates children's minds and helps them to build these skills while enjoying themselves. As a result, children become more critical thinkers, better problem solvers, and more independent decision makers.

Chess often serves as a bridge, bringing together children of different ages, races and genders in an activity they can all enjoy. Chess helps build individual friendships and also school spirit when children compete together as teams against other schools. Chess also teaches children about sportsmanship - how to win graciously and not give up when encountering defeat. For children with adjustment issues, there are many examples where chess has led to increased motivation, improved behavior, better self-image, and even improved attendance. Chess provides a positive social outlet, a wholesome recreational activity that can be easily learned and enjoyed at any age.

Mike has taught primary age children both in after-school clubs and within curriculum time year groups for many years. Usually the teaching is delivered to groups but he has taught whole classes as well. If the opportunity arises he places children in groups of suitable ability irrespective of age.

Mike has extensive experience of the UK Chess Challenge tournament. This is a 7 round Swiss tournament where every child plays 7 matches; it is not a knockout competition. The first stage is held within each school but those children that perform well have the opportunity to proceed to the later stages where they compete against children of the same age but from different schools. Mike has coached many children who have become county champions in the UK Chess Challenge.

Mike has organised the St Patrick’s Invitation Chess Tournament since it started in 2012. He believes that playing in a team environment is a beneficial experience for children.

Mike offers school based teaching for pupils aged 8 to 11 years (Years 3 to 6). He offers two main types of chess tuition in schools:

Chess club. This is an after school club for up to 20 children, lasting for an hour. If a school offers curriculum time chess, this can feed into an after school club, with children being invited to join the club as their ability and experience grows. If the club is a stand alone after school activity, it is offered as an option to children alongside other extra curricular activities on offer.

For both types of school based teaching, a school will need to provide a separate room for the chess sessions. Mike can provide chess sets but it is often useful if schools purchase a small number of sets. Mike also provides chess clocks and copies of any handouts and worksheets used in sessions. He will bring a demonstration board and magnetic pieces to each session.

School based teaching may also involve organising and running tournaments in school.

Mike can organise a multi team tournament involving more than one school, at the invitation of a 'host' school. When a decision is made about the maximum number of teams, he then organises the format of the tournament (for example, an 8 team tournament would have 2 sections of 4. There would be 3 rounds of all play all followed by a fourth round of first in each section playing for winners and runners up, second in each section playing for third and fourth place, and so on). Alternatively, if there is a large number of teams and/or children, a 'jamboree' format could be used (this is a particular way of organising a chess tournament for large numbers).

Mike provides all the paperwork, organisation on the day, trophies and certificates.

INDIVIDUAL TUITION
Mike offers tuition to individual primary aged children between the ages of 8 and 11. Generally tuition is given in the child’s own home and all that is needed is a quiet part of the house with a table and chairs. Mike supplies the chess board and pieces, chess clock where used and any ‘consumable’ materials such as worksheets or chess puzzles.

Mike would encourage the child to join a chess club as soon as possible in order to gain the benefit of playing many different opponents. Playing the game with others is the best way to use and improve any skills that are taught during individual tuition. Mike can provide a score book so that the child can write down their moves for discussion at the next one to one session.

For information about the costs of chess teaching,  go to the costs page of the website.