Entry on BPS Register of Qualifications in Test Use (RQTU)

​Member of ACHiPP (Association of Child Psychologists in Private Practice)

After many years of studying part time whilst teaching full time, Jane gained a Master's degree in Educational and Child Psychology which made her eligible for membership of the British Psychological Society. This then allowed her to train as an Educational Psychologist. She qualified in 1993 and immediately carried on studying by registering for a PhD! She gained her PhD after four and a half years of part time study, researching the development of early reading with nursery aged children.

​Jane also works in partnership with Real Training. She is deputy programme director for their MEd SEND programme's distance learning Master's degree. She has written several of the modules for this programme and is module leader and tutor for the General Learning Difficulties, Dynamic Assessment and Enquiry modules. She is also a tutor for Real Training's National SENCo Award. To find out more about Real Training, go to www.realtraining.co.uk.

​Jane has a wealth of experience in all aspects of the EP role. She has worked in all phases of education and has substantial experience working as contact EP for two schools catering for pupils with complex and profound difficulties. from this role she has developed expertise in the non aversive approach to managing challenging behaviour. She has used this approach in mainstream as well as special school contexts.

Dynamic Assessment is a key feature of Jane's practice. For many years she was dissatisfied with the use of IQ tests. Discovering Dynamic Assessment (DA) gave her a meaningful way of carrying out a cognitive assessment that could be responsive to learners' background and culture. There is a dedicated page on this website about DA on this website where you can find more detailed information. DA has led to a broader interest in psychological assessment, leading to membership of the BPS Education Verifiers Group and membership of the BPS Committee on Test Standards in 2016. Currently Jane is a member of STEC (SpLD Test Evaluation Committee).

Although DA is a key element of Jane's practice, she is also able to deliver therapeutic work and has undergone training in Cognitive Behaviour Therapy (CBT), Motivational Interviewing and Drawing and Talking. Through her PhD research into early reading she has maintained an interest in literacy acquisition, and difficulties in acquiring literacy and is the co author of the ENABLE Plus programme, an intervention programme for failing readers. This programme is included in Greg Brooks' publication: 'What works for pupils with literacy difficulties'. She assisted in the development of the University of Birmingham's Language, Literacy and Dyslexia programme in 2011-12.

​Mike was born, brought up and educated in Birmingham. After leaving Bishop Vesey Grammar School he went on to study Chemistry at Exeter University, graduating with a BSc. He remained in the South of England for a short time after graduating and worked as a sales representative for a pharmaceutical company. However he decided to return to Birmingham and in a change of direction from his scientific studies and employment, worked for a small department store. HIs job here was to set up a hi fi department from scratch and it fulfilled his growing interest in music and sound reproduction that had started in his early teenage years. This job was the start of a 30 year career in hi fi retailing. The arrival of Jane and Mike's son saw Mike spending time out of full time paid employment during the 1980s and 1990s in order to bring up their son while Jane continued with her teaching career and part time study. During this period of his life he set up his own business buying and selling records, music papers and magazines, combining this with child care responsibilities.

​Mike has had a long standing interest in chess. He played at County Level during his time at Bishop Vesey and continued to play throughout his University years, although at this time he was also a keen Bridge player (in 1968 he was a member of the Bishop Vesey Bridge Team that won a National Schools' Bridge championship). His interest in chess was rekindled when Jane started teaching and volunteered to run a chess club. Jane didn't know anything  about chess but knew that Mike did...........so she 'volunteered' him to come in to run the chess club on his day off!. When Jane and Mike's son started school, Mike volunteered to run a chess club there and did so for over 10 years. Thanks to his and a colleague's tuition, the school team won the Birmingham Primary Schools Chess championship for 6 out of 9 years.

​Mike bowed out of his voluntary role in 2004. Due to financial considerations, he had to go back to full time work. The death of his friend and colleague with whom he had run the school club was also a factor in deciding to stop. ​However, after four years of full time work, having clocked up over 30 years in hi fi retail, he decided on a change of career. The head of the school where he had coached chess as a volunteer happened to remark that the school hadn't won anything since Mike stopped coaching there.......and that was the start of his second career in chess coaching. Other schools came on board and Mike was soon working several days a week coaching chess in curriculum time and after school. Mike has been a paid chess coach since 2008 and has worked in several Local Authority maintained Primary Schools.

Mike took over organising the Birmingham Primary Schools chess team when the teacher in charge retired. He ran three teams: Under 9, Under 11 and a girls team. Running these teams involved organising trials, team selection, team coaching sessions and being an arbiter at the tournament. The role also involved a great deal of planning for transport and travel because most of the venues were some distance from Birmingham. As well as organising the Birmingham teams, Mike has run an invitation tournament at one of his Primary Schools for the past three years

Mike retired from chess coaching in 2020. He now offers a consultancy service for anyone seeking advice about running tournaments, coaching primary school pupils and teaching chess to beginners.

​This is Daisy our rescue cat. She's the real boss!

We're based in Harborne, Birmingham, in the West Midlands 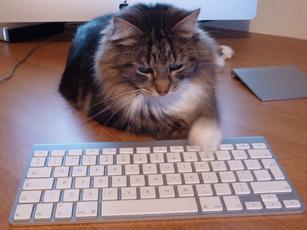 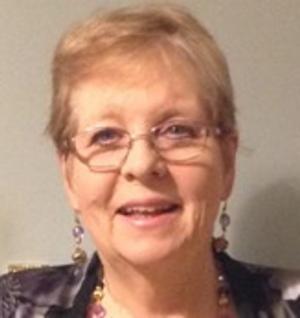 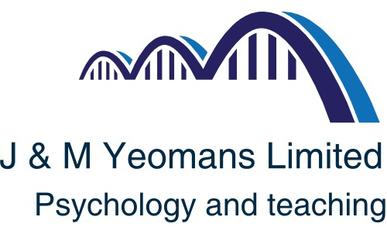 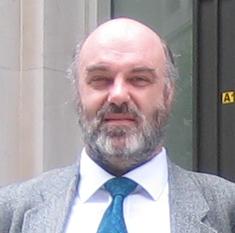